Contributing to the improvement of citizens’ quality of lives and Seoul’s community welfare.

We identify global welfare trends through international exchange, and lay the foundation for the development of welfare networks to engage in long-term cooperative exchange. In addition, we benchmark and develop policies that can be applied to Seoul in order to raise the welfare status of Seoul to the global level. Domestically, we reinforce interaction between welfare foundations in different cities and provinces. In addition, through cooperation and interaction with the Korea Welfare Decentralization Council to discuss and respond to welfare issues in local communities, we seek to address welfare issues that Korea is facing in a proactive manner.

Participation in international institutions and associations 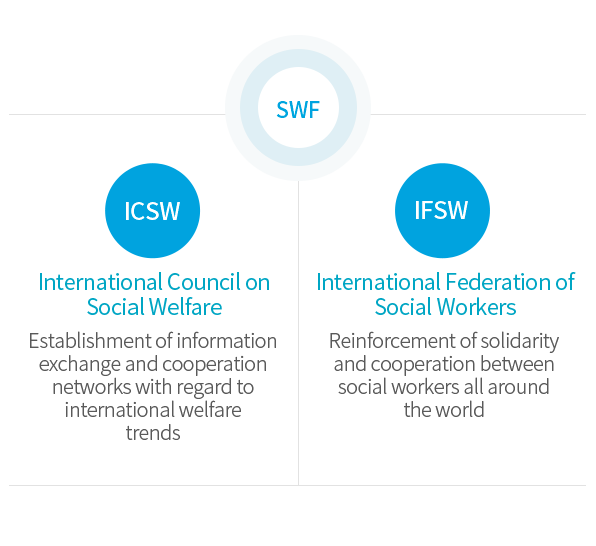 We hold international academic forums inviting famous scholars from all around the world in order to review the direction of global projects that the foundation plan to execute, and explore the vision and mission of welfare models optimized for Seoul. Thus far, international forums have been held on a range of topics designed to improve the welfare of citizens including certification programs, asset building projects, social investment models for poverty prevention, ubiquitous welfare systems, research on the level of happiness in major cities throughout the world, village creation, and many others.

The workshop project is designed to introduce welfare policies and administrations in Seoul to graduate students from Korea, the United States, and Japan by examining the related facilities, organizations, and institutions to help them identify the current status of the welfare system in Seoul, and to share current welfare policies in Korea, the United States, and Japan. 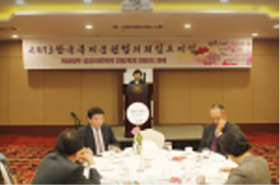 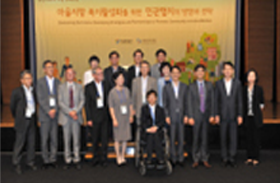