Contributing to the improvement of citizens’ quality of lives and Seoul’s community welfare.

In order to prepare for the rapidly aging population, Seoul has sought a policy paradigm shift from the 2000s.

In this process, Seoul adopted promotion of the Global Network of Age-Friendly Cities & Communities (GNAFCC) as an important proposal, and made various efforts to realize the mission of developing an age-friendly city through policies. 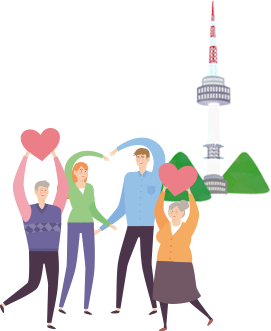 Seoul first mentioned the concept of age-friendly city in 2010
through the ‘2020 Aging Society Master Plan.’ In the report, Seoul established the goal of ‘Age-Friendly City’ along with the vision of ‘Seoul, the Healthy and Lively City of 100 Years of Age.’

Under such vision, we published ‘The framework for senior welfare for realization of age-friendly city of Seoul’ (download link) and formed a public-private cooperation committee, building the basic foundation for the development of an age-friendly city.

In 2012, we published the ‘Comprehensive Plan for Seniors in Seoul’ (download link) as the first round of the age-friendly city action plan based on public opinion survey results compiled through various methods. Receiving recognition for such efforts by the World Health Organization (WHO), Seoul became a member city of GNAFCC in June 2013. Seoul, the first member city in Korea, was the 139th city in the world to join the organization and the second city to join among cities with a population over 10 million. 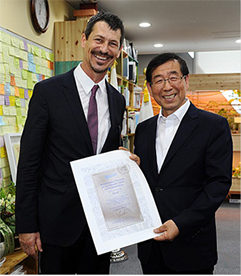 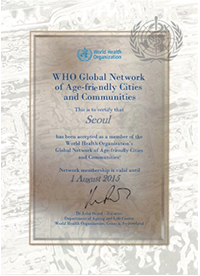 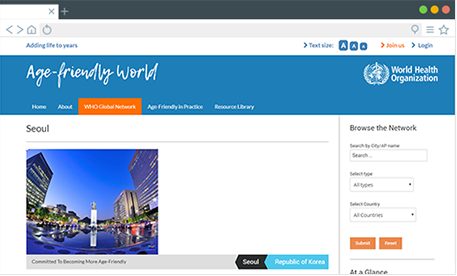